How many more warrior women are missing from the history books? | Natalie Haynes

The recent discovery of female bones in a Viking warrior grave is yet another indication that weve only scratched the surface of female history, says the author Natalie Haynes 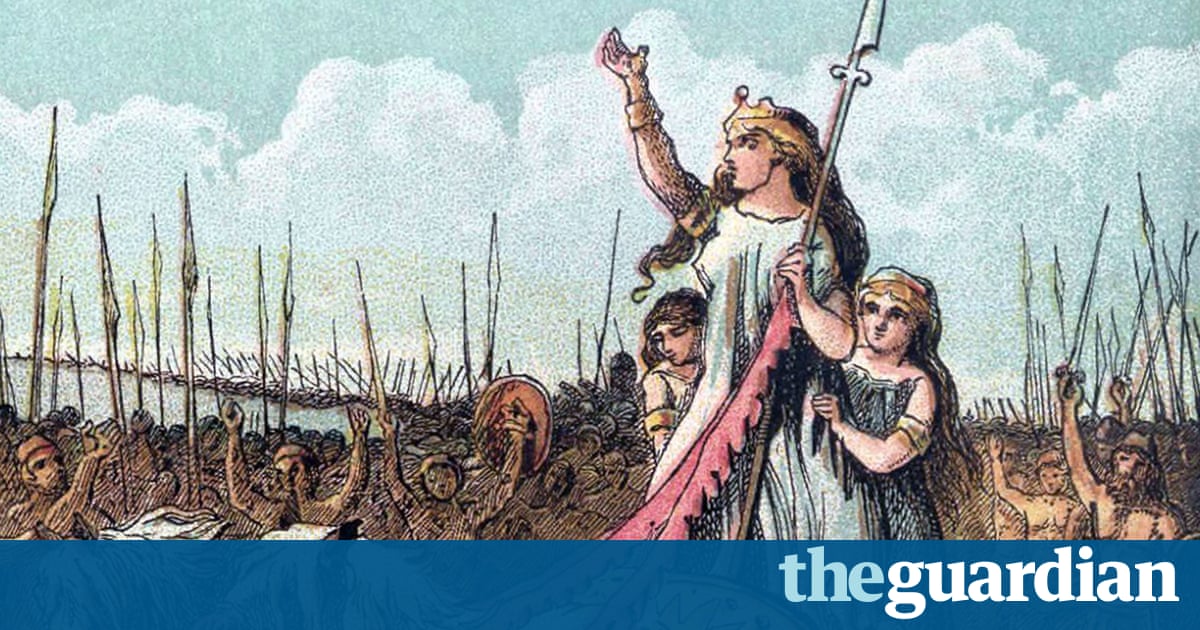 Warrior women have fascinated us for millennia. In ancient Greece, Amazons were the second most popular characters to feature in vase paintings. Only the exploits of Hercules (one of which involved Hippolyta, an Amazon queen) appeared on more pieces of pottery. In the images that survive, Amazons are always shown racing towards danger, never away from it.

And the Amazons were not a fantastical invention. There were plenty of warrior women in the ancient world, from the nomadic Scythian tribes to warrior queens such as Boudicca in Roman Britain, or Artemisia, who commanded ships during the Persian invasion of fifth-century BC Greece. Some of these women became fighters almost by default: Boudicca was provoked into warrior queen status by circumstance (the murder of her husband, king of the Iceni tribe, and rape of her daughters by the Romans). But the Scythian women liked to ride and fight alongside their menfolk: if a tribe is nomadic, everyone is a hunter and a warrior. Battle-scarred skeletons of multiple women have been found across the Eurasian steppes from Bulgaria to Mongolia.

In her excellent history of female warriors, The Amazons, Adrienne Mayor cites incredible numbers of armed women found in graves. It has only recently become possible to determine the sex of a long-dead warrior, thanks to advances in modern bio-archaeology. In some ancient cemeteries as many as 37% of the armed dead were women.

Just as the Amazons had their counterparts in reality, so the warrior women of Norse myth turn out to have had historical parallels. A recent discovery of female bones in a Viking warrior grave has added an intriguing dimension to the picture of warrior women through history. This particular Viking woman was buried with multiple weapons, including a sword, axe and arrows: in other words, she was not just a warrior but a well-armed one. Historically, this suggests both high social status (how else could you afford multiple weapons?), and seniority in battle (being able to use a sword, knife, bow, spear and axe implies a high level of skill).

The question that these finds raise, of course, is: how many women might we have overlooked in what have been traditionally perceived as male roles in the past? Gladiators are now thought of as an all-male phenomenon. But in Roman times there were female gladiators, even if they were looked on with scorn by the satirist Juvenal (which puts them on a par with virtually every other social group Juvenal discusses). He is particularly underwhelmed by the thickness of calf that female gladiators display. He has a pretty low opinion of male gladiators attractiveness too: weeping sores and unhealed wounds do not a matinee idol make, as far as Juvenal is concerned.

The discovery of a female Viking warrior is a great chance to remind ourselves that we may know less than we think we do about societies in the past, particularly those that had a largely oral culture: both the Vikings and Scythians were less keen on writing than, say, the Greeks or Romans.

But even when we do have written evidence, sometimes prejudice can get in the way. This is true with roles that require no physical prowess, let alone those that do: look at the Roman poet Sulpicia. For years respected classical scholars argued that she couldnt have written her beautiful epigrammatic verses, because they were too good for a woman to have created. More than one scholar sought to defend his position by suggesting that not only were they too good, but they were too smutty: no Roman woman could possibly have had such thoughts. Quite what these professors thought was going on between the sheets of Catullus and Lesbia, or Propertius and Cynthia, is one of the great mysteries of classical scholarship. Perhaps the thinking was that some dreadful women could do such things, but they certainly wouldnt write poetry about it afterwards.

In trying to reconstruct the lives of women in the distant or sparsely documented past, were not only battling our own preconceptions, but also fighting the prejudices of their contemporaries. Herodotus is rather impressed by Artemisia and her loyalty to the Persian king Xerxes, so he gives us a relatively detailed account of her. But Tacitus is horrified by the political power held by Agrippina, mother of the emperor Nero. All of Rome was now obedient to a woman, he shudders, when recounting the period during which the teenage emperor takes to the throne and defers to his mother. It was a strained, almost masculine despotism.

The Latin phrase for these last two words is quasi virile. But the discovery of a Viking warrior woman tells us that women have behaved like men throughout history: were just beginning to find out about them.

Natalie Hayness latest book is The Children of Jocasta