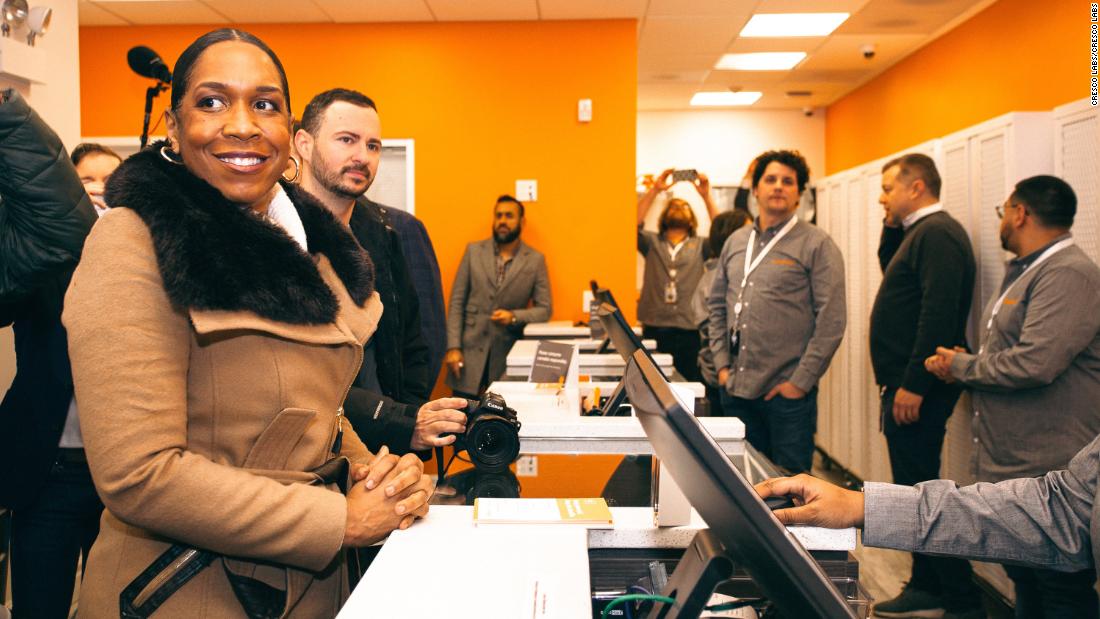 (CNN)Despite the cold, snow and long lines, hundreds of Illinois residents — including the state’s lieutenant governor — waited outside to be among the first to buy weed following its legalization.

“For too long, IL residents, particularly those that are black & brown, have been targeted and criminalized for #cannabis possession,” Stratton wrote in a tweet following her visit. “It’s not just a new year, it’s a new day. Thank you, @GovPritzker, for ending prohibition and building a more equitable Illinois.”
Stratton bought a 100-milligram tin of Mindy’s Edibles Glazed Clementine Orange Gummies, according to a statement from Joe Caltabiano, Cresco Labs president and co-founder. Each gummy is 5 milligrams, a “very popular microdose for beginning edible consumers,” he said.

In June, Gov. JB Pritzker signed a bill making cannabis legal in the state for those 21 and older. Under the law, Illinois residents are able to purchase and possess 30 grams of cannabis, 5 grams of cannabis concentrate and cannabis-infused products containing no more than 500 milligrams of THC, the active ingredient in cannabis.
People who don’t live in the state can buy half of each of those amounts.
The bill also included sweeping criminal justice reforms designed to help those whose lives have been upended by the state’s drug laws. Illinois is now the 11th state to legalize recreational marijuana.

The lines to dispensaries are really, really long

After the law went into effect Wednesday, the first day of the year, many folks braved the cold to get their newly legalized treats.
One video, from Twitter user Cal Marek, shows a long line outside a dispensary in suburban Chicago Wednesday morning.
“I couldn’t believe that many people came out so early,” Marek told CNN. “I figured people would still be hungover in bed.”
Courtney Croft, another resident, was driving with her friends in North Aurora when they saw an extremely long line outside the Verilife Marijuana Dispensary.
“I was blown away!” Croft told CNN via Instagram. “We thought there would be a line but NOTHING like that.”