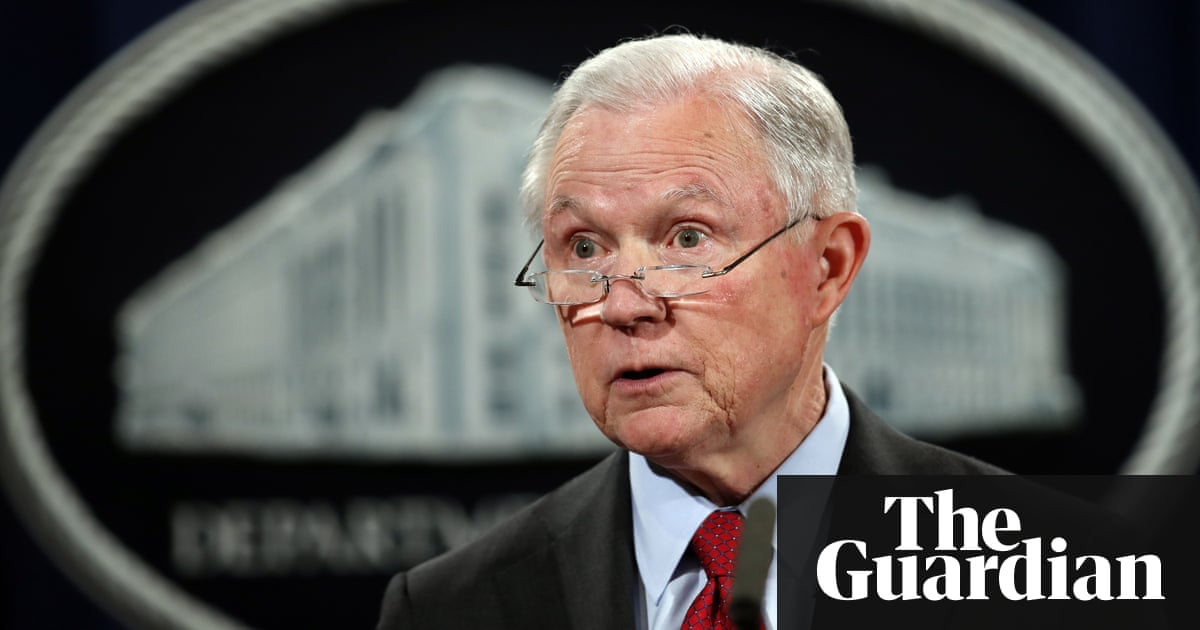 The US justice department is suing the state of California, alleging it is interfering with the enforcement of immigration laws, a week after the federal government escalated the feud by arresting more than 230 people in the state.

The lawsuit, filed late Tuesday in federal court, is taking aim at sanctuary policies in California that are meant to protect undocumented immigrants from deportation. The fight between Donald Trumps administration and California has been brewing since the presidents inauguration and intensified last month when the mayor of Oakland, a city with sanctuary policies, warned the public about forthcoming raids.

Trumps attorney general, Jeff Sessions, has made stricter immigration enforcement one of his top priorities since taking the helm of the justice department in February 2017. A key part of that effort involves a crackdown on primarily Democratic-led cities and states Sessions claims are sanctuaries shielding undocumented immigrants from deportation.

Sessions is expected to formally announce the lawsuit which names as defendants the state of California; the governor, Jerry Brown; and the states attorney general, Xavier Becerra in a speech to law enforcement officers on Wednesday morning in Sacramento.

Over the past year, raids in sanctuary cities have torn apart immigrant communities and families, in some cases leading to lengthy detentions for populations not previously targeted for deportation. Activists said the recent enforcement in northern California, which led to 232 arrests, were particularly devastating and have instilled fear in undocumented people across the state.

More than half of the people arrested in the sweep did not have criminal convictions, according to the US Immigration and Customs Enforcement agency (Ice). Immigrants rights lawyers have accused Ice of racial profiling with its collateral arrests that happen when agents are targeting specific individuals.

In October, Brown signed into law a bill that prevents police from inquiring about immigration status and curtails law enforcement cooperation with immigration officers.

The DoJ lawsuit will cite a provision of the constitution known as the supremacy clause, under which federal laws trump state laws.

The Department of Justice and the Trump administration are going to fight these unjust, unfair and unconstitutional policies that have been imposed on you, Sessions will say, according to prepared remarks.

On Tuesday night, Brown said the states sanctuary policy did not prevent federal agencies from doing their own work in any way, adding: At a time of unprecedented political turmoil, Jeff Sessions has come to California to further divide and polarize America.

Early in his tenure, Trump signed an executive order that sought to block municipalities that failed to cooperate with US immigration authorities from receiving federal grant funding.

However, the justice departments attempts to carry out the order to date have been stymied by lawsuits in the federal courts in Chicago, San Francisco and Philadelphia.

At issue is whether sanctuary cities are violating a federal law that requires them to share information about people they arrest with Ice.

The justice department is already embroiled in several pending legal battles with the Trump administration related to sanctuary policies.

One case is now on appeal, after a federal judge in San Francisco blocked Trumps executive order to bar funding to sanctuary cities.

Another case in San Francisco argues that the justice departments efforts to cut off funding rests on a flawed interpretation of federal immigration law and tramples Californias right to enforce its own laws as it sees fit.

One lawprohibits private employers in California from voluntarily cooperating with federal immigration officials and imposes fines of up to $10,000 if a business owner fails to comply. A second lawprevents state and local law enforcement from giving federal immigration officials information about when they intend to release an undocumented immigrant from their custody.

The justice department also plans to seek a court order from a judge to temporarily block the state from enforcing the laws.